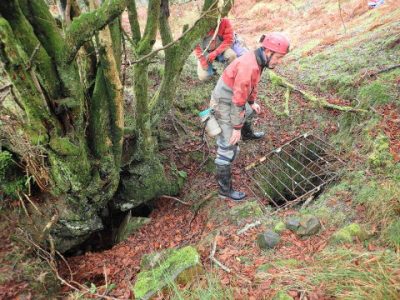 Entrance to Fiddy’s Farm Cave. The original cave is under the tree on the left. 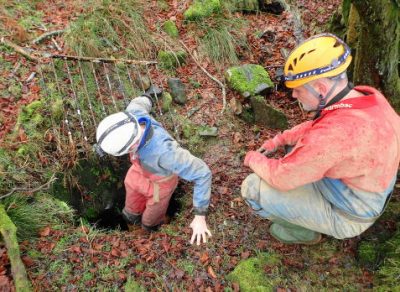 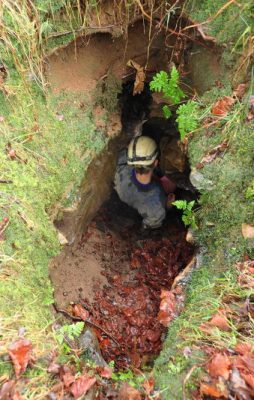 Harry in the entrance

The four of us met on Wednesday morning to verify the rumours that new passages and chambers had been found at Fiddy’s Farm Cave. After seeking permission from the landowner we kitted up and headed off to find the cave. A piece of gating over the entrance and lots of dead leaves gave the initial impression that there hadn’t been any traffic lately, contrary to what the landowner had said. 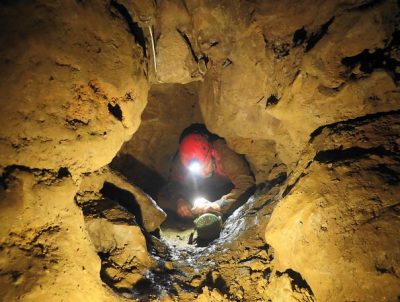 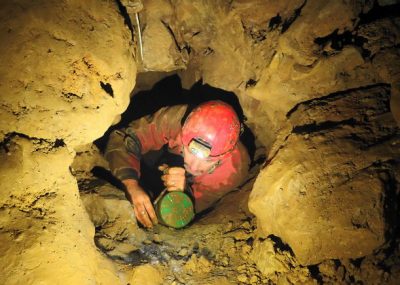 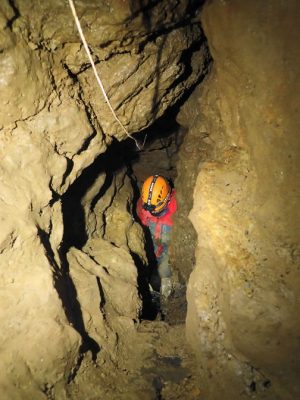 Vernon on the narrow climb in the entrance series

Dropping down through the narrow entrance rift gave access to a low crawl, after a few meters and a couple of right angles we joined a larger passage with a small streamway. This gave way to a stooping/crawling section where after several more metres the mainstream joined from a narrow bedding plane on the right. Later Huw J crawled up the main streamway until it became too tight, but he could see it opened up again further on. 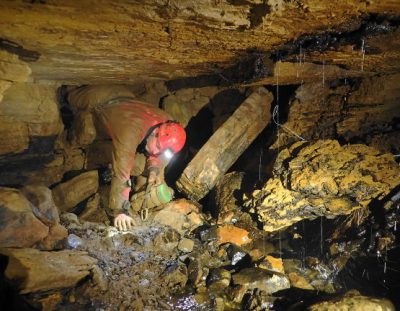 Huw D in the main passage 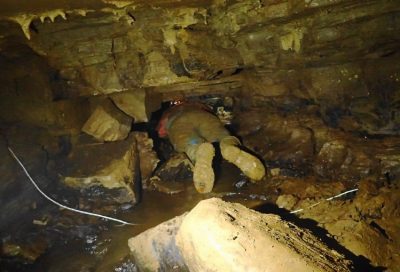 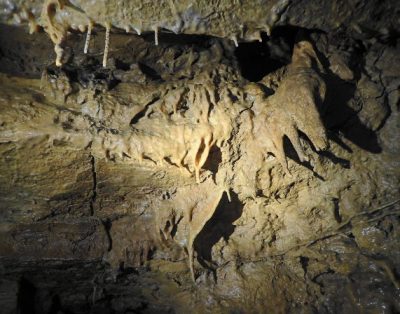 Formations in the first chamber

Following the stream again for a short distance we came to the first chamber, with a steep bank to our right, the stream disappearing on our left and a few Lesser Horseshoe bats. After an explore and a few photos we moved on to a short crawl which soon opened up into the larger second chamber. The breakdown chamber consisted of, a large dry flowstone bank and evidence of a dig in progress, which was apparent with barrels, trays, bangwire and other personal items placed on a large central boulder. Another explore, more photos, numerous bats and Huw J descending 7 or more metres in the far left corner to the terminal dig. 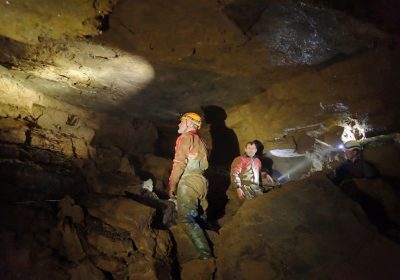 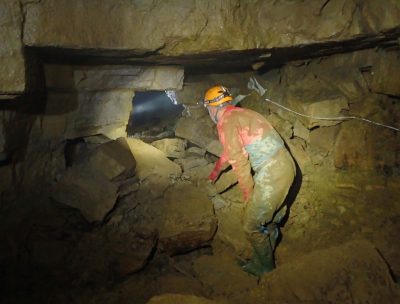 Way out of first chamber 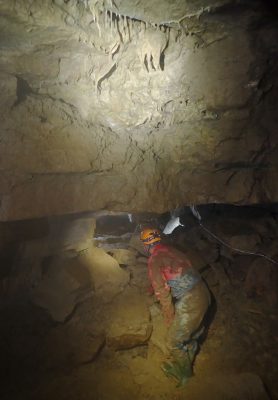 We made our way back out stopping for Huw D to drop down between some boulders in the first chamber to follow the stream for a short distance. With plans to find who was digging and if there is room for a joint operation, or a separate Brynmawr dig following the streamway we got changed and headed for Blaenafon and hot drinks. 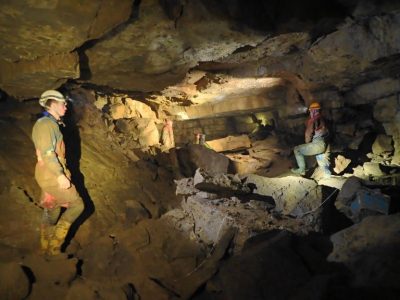 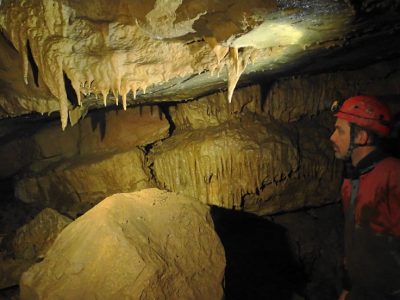 Formations in the final chamber 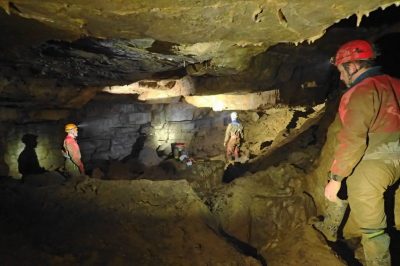 Huw J – Here is, what is I’m sure, a very inaccurate sketch survey I produced of the cave after the trip. It’s done from memory and without the use of a compass but it should give a general idea of the cave. The cave is supposedly about 200m long. 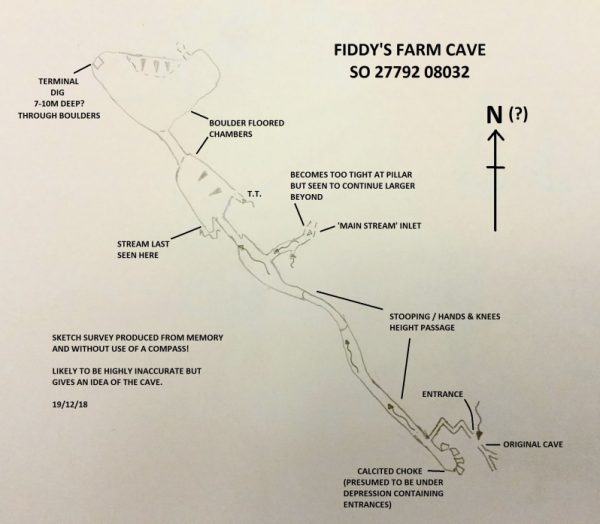