Wondering what to do, we decided to have a nice easy trip to Bridge Cave in the Nedd Fechan valley. This cave is a nice easy trip, frequented by outdoor pursuits groups and consists of a short section of passages before reaching a short choke and then dropping into a stream passage that opens up into a large impressive passage where following the stream past another inlet, under the bridge that gives the cave its name and will then to the end of the cave and the sump that was the original way into Little Neath River Cave. Despite apocryphal stories of scouts freediving this sump, the way on from here is only for the experienced cave divers.

We passed the entrance series quickly and entered the main passage and then had a look around and continued on to the end of the cave. I then got out the camera and we set up and shot a few pictures on the way back upstream. 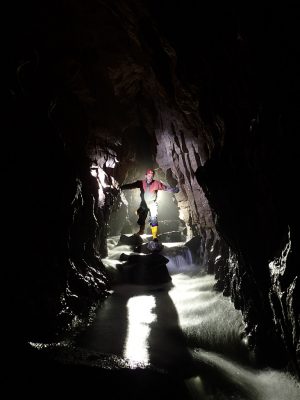 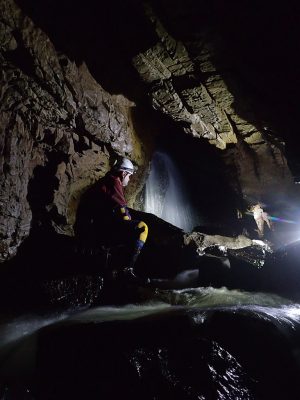 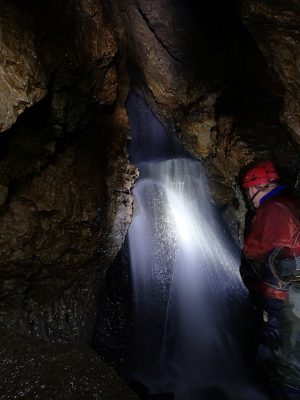 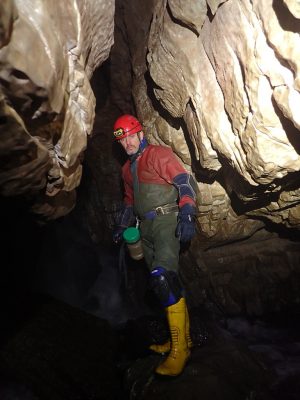 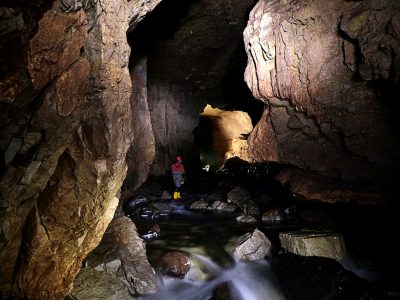 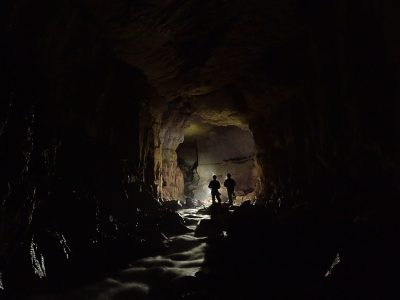 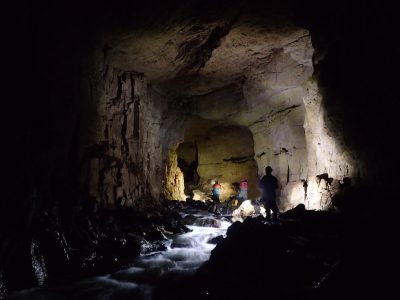 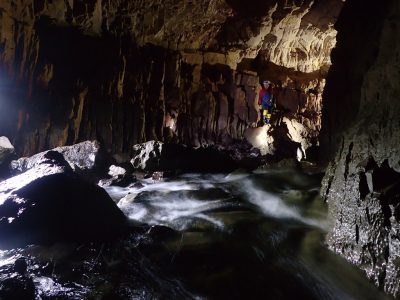 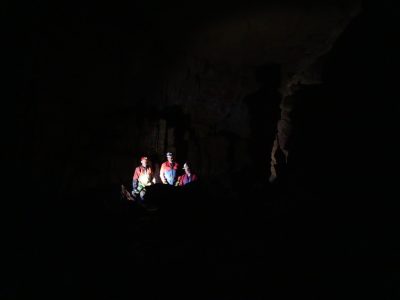 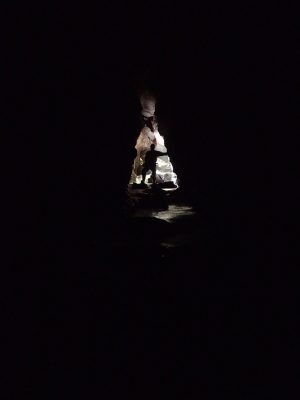 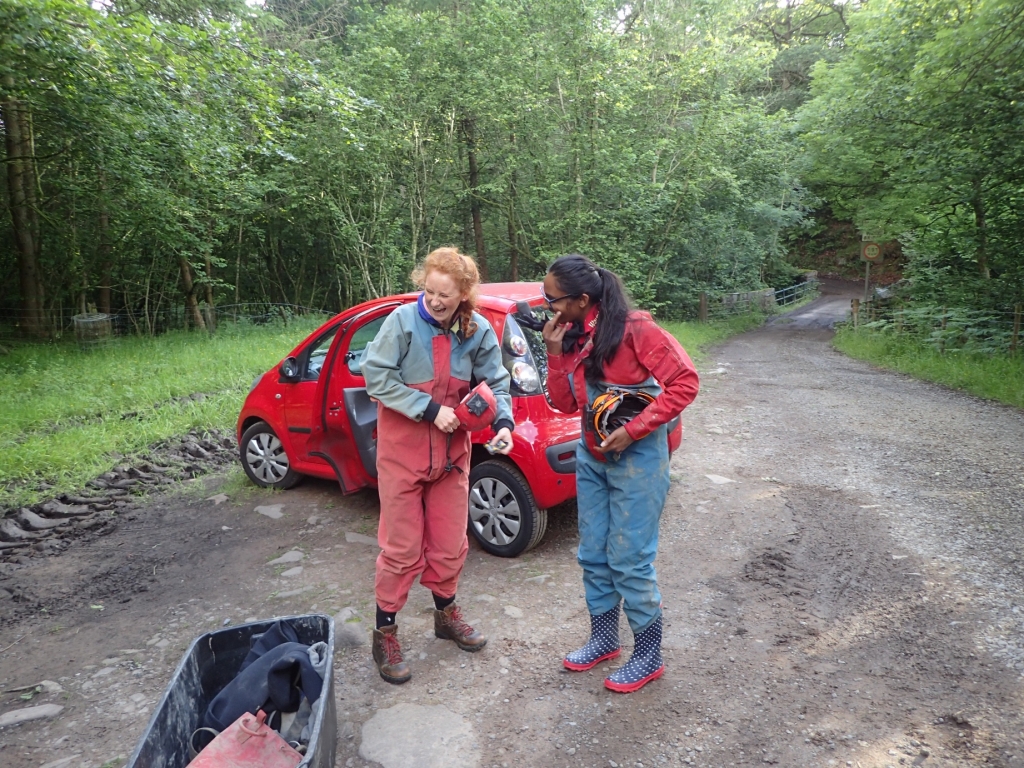 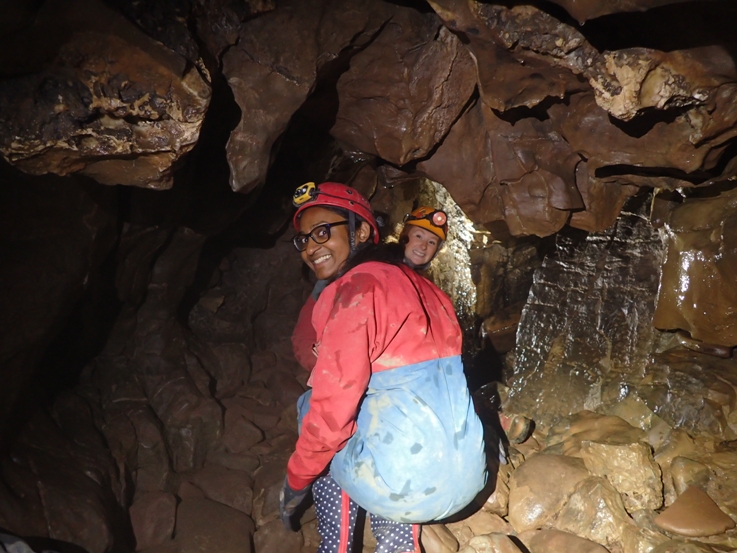 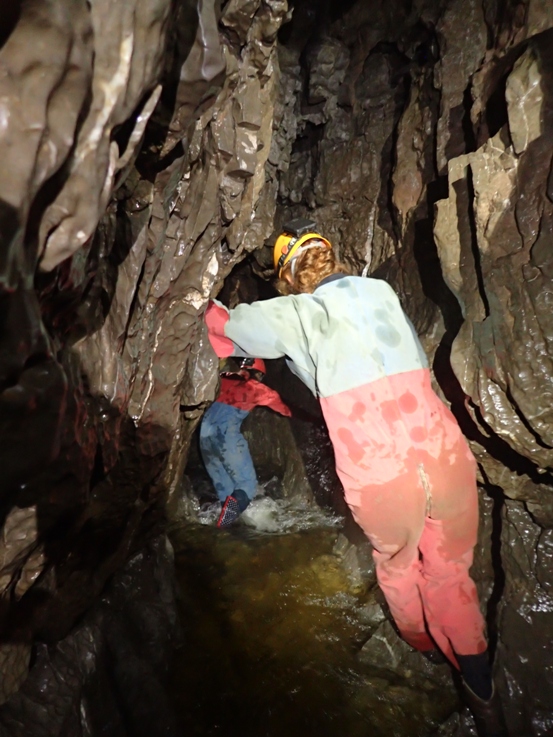 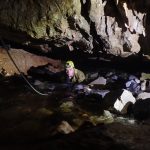 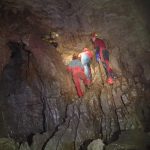 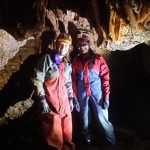 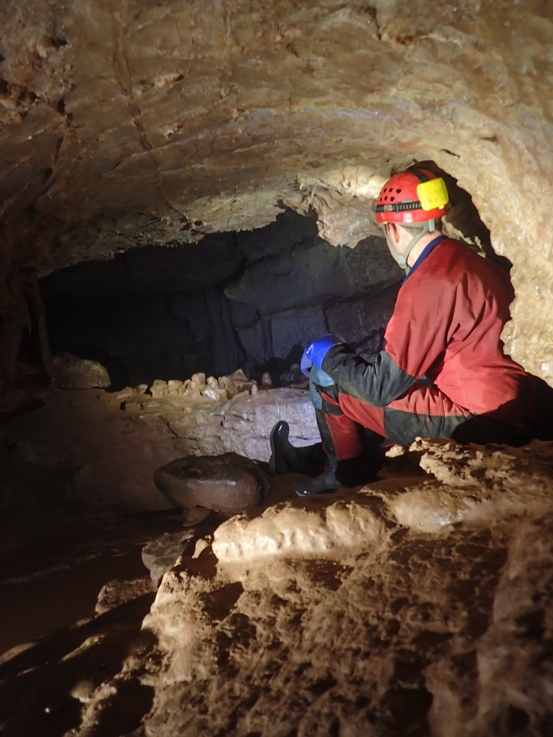 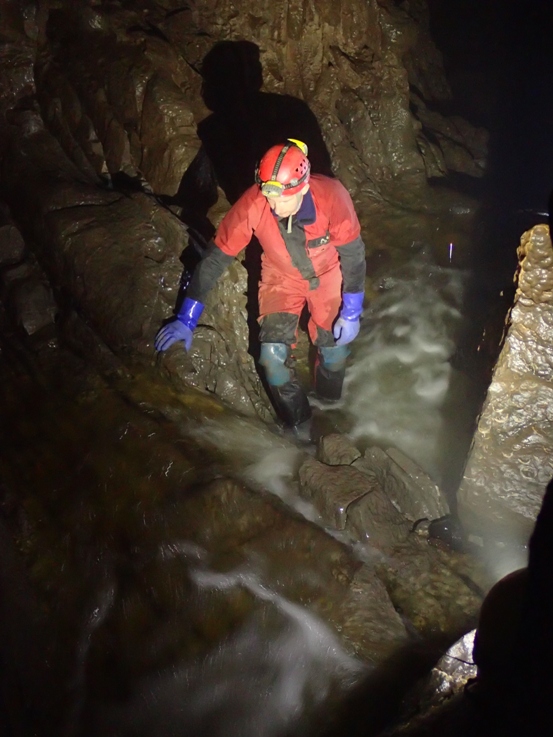 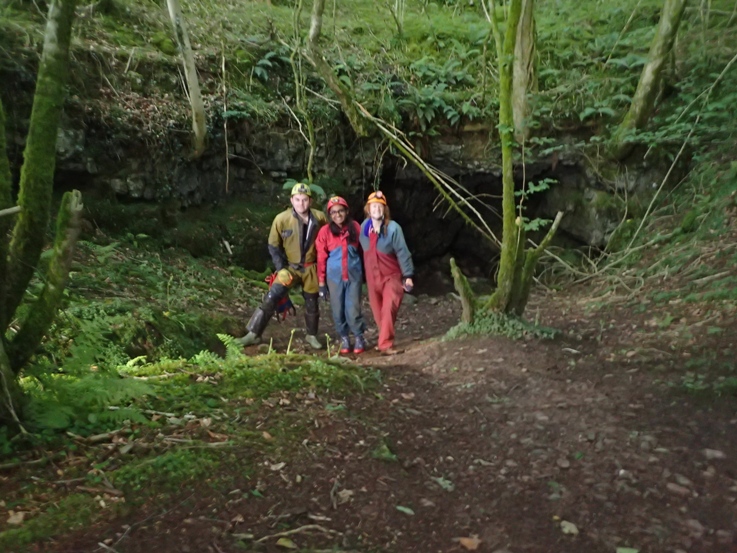 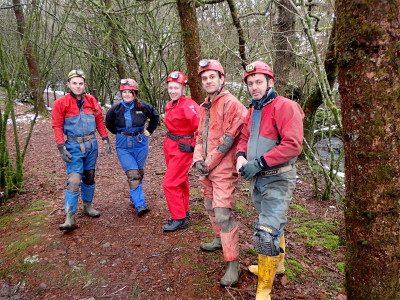 On Sunday 17th January 2016, Ground covered in snow and the Thermometer reading 1 degree – We decided to take a little trip into Bridge Cave, Ystradfellte.

As expected it was cold… very cold and we were thoroughly looking forward to getting changed in temperature that would make penguins jealous.

Bridge Cave starts as a low but short crawl until you reach a small boulder choke which opens up into the impressive streamway beyond. With two relatively tight squeezes before and after the choke – It is ideal for first timers and children.

Huw with his new camera

Huw ready for a dip

Shoring in the choke

Although a small cave – it has impressive formations, a waterfall and some climbs that are easily accessible even for myself (I am short) We thoroughly enjoyed the belly crawl to the sump in possibly the coldest water I have experienced!

Helen led us up the rocky walls above the waterfall, across a shelf which overlooks the streamway and onto a pretty little grotto. The grotto entrance is just wide enough to fit your helmet through and snake your way in. Inside it is beautifully decorated from waterbed to roof – definitely a must see if you’re visiting.

Our exit from the cave wasn’t as simple as the entry – Tom was adamant that we had taken a wrong route up the choke and that we were going the wrong way. A woman is always right and once again my sense of direction kicked in to prove we were actually right on track.

Huw and Barry captured some amazing photographs of our little trip – Zeb was happy to pose for them.

The day was rounded off with a small snowball fight, a brush with death thanks to black ice and a Pint (Hot coffee for us drivers).
Note to self for next visit – Invest in some wetsocks!