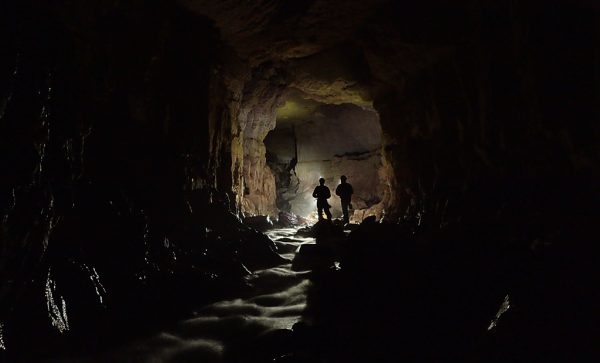 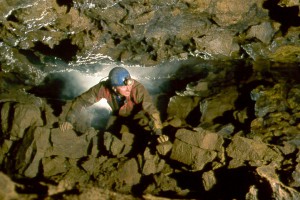 Brynmawr Caving Club is based in Brynmawr, Gwent, South Wales, right in the middle of one of the best caving regions in Britain. The caving areas in the immediate locale are the Clydach Gorge, the Llangattock Escarpment and the Central Northern Outcrop. All of these contain some fine caves, some of which are among the finest and longest cave systems in the British Isles. Such caves as Agen Allwedd (Aggy), Ogof Y Daren Cilau, Ogof Craig A Ffynnon, Ogof Carno and Ogof Draenen are all at the most fifteen minutes drive from the town centre. The club has always been most active within these areas but also travels further afield to the other South Wales caving areas as well as regular trips to such places as Yorkshire.

Want to Give Caving a Go?

The exploration of our underground world is an exciting and rewarding hobby that will take you to many places that most people will never see. Caves are also one of the few areas left on our planet where new unexplored places can be found and the thrill of seeing sights that no one else has ever seen be experienced.

You don’t have to be a hardened digger or an olympic athlete to visit our caves. A modicum of fitness is needed as well as a willingness to get wet and muddy, you are then ready to explore our local caves.

If you decide that you are interested in finding out more about caving and Brynmawr Caving Club is your local club, then come along, get to know us and then try caving with us. As is normal with British caving clubs, there are no costs involved in joining us to simply have a go at caving and there are always members with spare kit that can be lent. You can cave as a temporary member for a couple of trips and join us as a full member if you find that you want to explore more of the local caves.

If you would simply like some more information, then please feel free to ask using the contact form below. 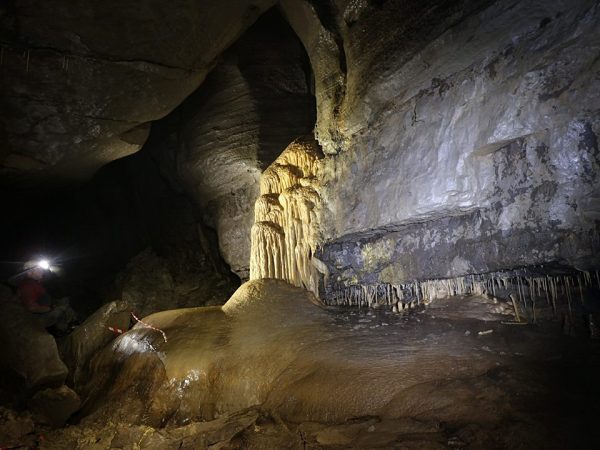 Gareth and I arrived at Whitewalls with a stubborn white fluffy dog laying in the middle of the road, even after Gareth got out to coax it out of the way, it just walked along the middle of the road. We parked up, eventually, and got changed, sent the call out message and were ready to leave when Tom and Maxine pulled up outside Whitewalls. We were both planning an Inner Circle trip, so decided to head in together. Tom and Maxine got ready quickly and we were on our way across the tram road.
Once in the cave we made quick progress through the entrance series into Baron’s Chamber, where we stopped momentarily to catch our breath and have a quick drink. In no time at all we were at the Second Choke, and into Keyhole Chamber. We each had turns in leading and all managed well, although I’m sure I suggested a wrong turn or two, but we were soon at North West Junction. From here we headed for Turkey Pool, but on the way through Turkey Streamway Maxine said she’d like to call it a day, she had been caving the day before and felt really tired. We parted ways, with Tom and Maxine saying they’d have a look at Beehive Chamber before they left, and Gareth and I heading for the Inner Circle. Soon we found ourselves at Turkey Pool, I managed to traverse it, only getting my legs wet, Gareth traversed it as well but got a bit wetter. The rest of the way was no problem, and soon we were at the rescue dump around the Inner Circle. We stopped here for a snack and a drink, then made our way around the inner circle clockwise…so we thought! Before we knew it we were in the Swiss Village, this threw us completely, and we both started looking at the survey and scratching our heads. We retraced our steps and made a few more wrong turns, then decided we would call it a day and start heading back out. For the best part we were okay, but we made a few wrong turns on the way out as well, mainly me I think, but soon we were in the entrance series, and then at the logbook. We checked for Tom and Maxine, they were both ticked out, so we signed ourselves out for 1805, and headed back to whitewalls to get changed just in time before the rain started. Overall a great trip, and worn out for a trip to OCAF the following day.