The original plan today was to do the Daren to Cnwc through trip but Tom had to drop out so a short trip into Draenen was planned instead.

The day started at the shop with a quick chat with Brent whilst I got the key and soon after I was meeting up with Gareth at Pwll Du who seemed to be doing his own ‘Car Pool Karaoke’ shortly after with a text from Barry begging him to stop.

We quickly (well Gareth did, I took ages) got ready and had a chat with some walkers (who were ex cavers from the Mendips) on the sheer size of Draenen. We plodded off to the entrance, emptied bladders and slipped into the fun of the entrance series stopping for pictures in the dug shafts and at the knotted climb. 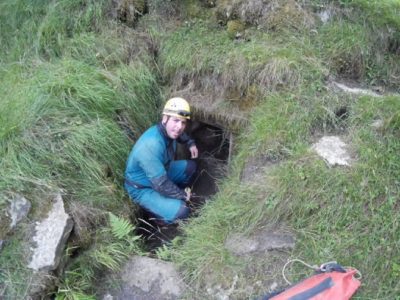 Enjoying the cool breeze from the lungs of Draenen 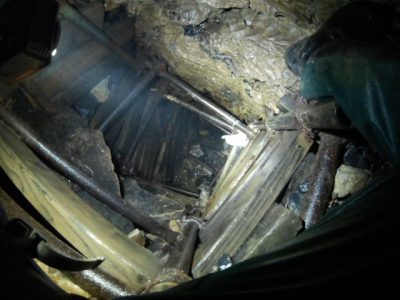 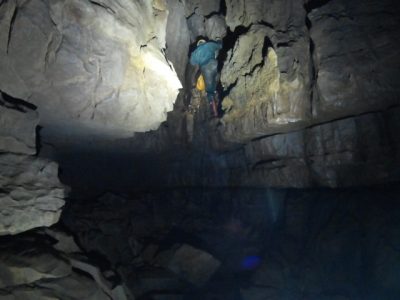 We signed in and noticed there hadn’t been many visits as of late or people are opting to not sign in….

Next stop would be the Wonderbra Bypass and then on-wards to Tea Junction where a break, much-needed drink and a general marvel at the huge passage decorated with straws on just one part of the roof. I’ve taken enough pictures of this famous place before so I decided we should press on.

Next was White Arch passage, another massive (in size) passage of the cave with huge and slippy boulder break down everywhere but an impressive place. We proceeded at leisurely pace stopping often to notice other small passages high up and low down always triggering the exploration styled questions of ”has anyone been there and if they have, where does it go?” a cave still with lots of secrets to give up. We went underneath White Arch itself and stopped for a photo. 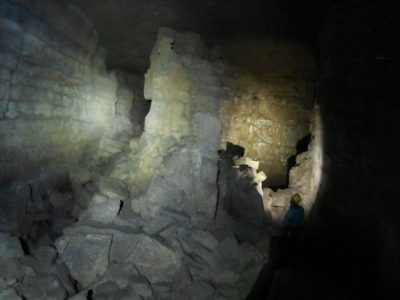 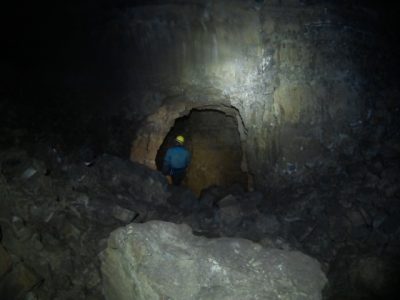 Carrying on we arrived at the choke which leads into Lamb & Fox Chamber ”two pints of Butty Bach please” I shouted but no reply from the barman (can’t get the staff these days) we sat down and cracked open our packed lunch of pork pies which Gareth had the added extra of gummy bears and pepperami! We sat stuffing our faces just taking in the sheer size of some of the boulders which have just peeled off the wall, leading to more questions ”when?” and ”when again”

Before we left we decided to climb up a level into the muddy traverses of Indiana Highway and stopped short before the deep pitch to the left. 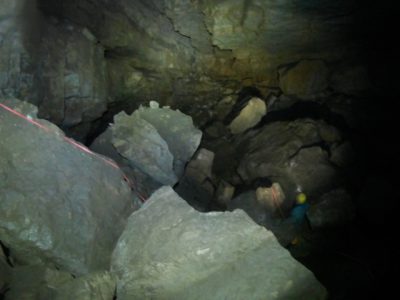 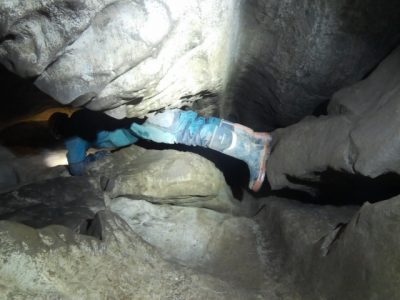 We exited the same way noticing on the way back how low the water levels were which prompted a quick trip down Beyond a Choke streamway to see just a mere trickle. 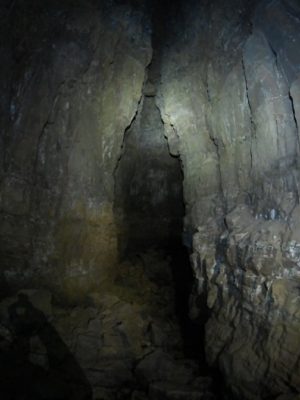 White Arch passage on our way out 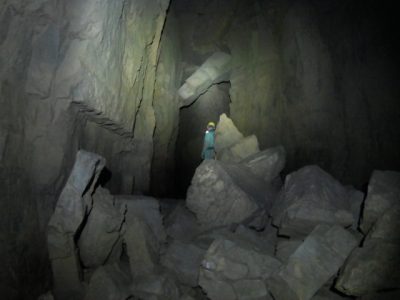 Gareth opened the gate and instantly I could feel the heat shooting down to me further in the entrance such was the weather outside!

A good short trip to waste away a saturday, home for kebab and pizza.