When Huw Jones emailed me on the Thursday, “Are you free Sunday? Spare space on the Morganwg Caving Club trip to Otter Hole if you can make it. Meeting at 0830,” I had visions of being sat on the boot of the Land Rover in caving gear, enjoying a flask of tea in the sun while waiting for the others to get changed. Fast forward a few days and I’m sat in the car park on a typical Welsh summer’s day, wet and miserable. I sat in the car until the very last minute, reluctant to get out and change, eventually the other party members arrived and I had no choice.

The walk down was pretty uneventful and we were soon at the gate to Otter Hole, readying ourselves to say goodbye to the daylight for at least 8 hours. Then, we were off. The first section was a combination of a section of the entrance crawl in Darren Cilau coupled with the sticky mud of Craig a Ffynnon. 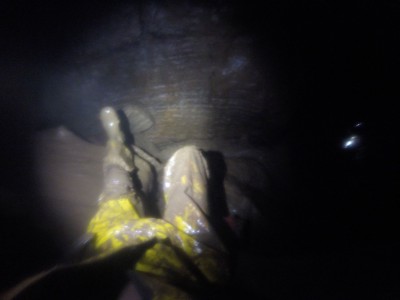 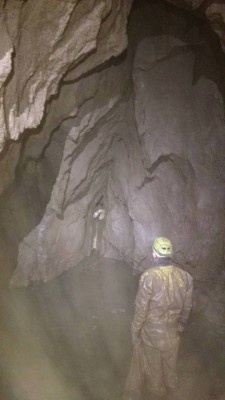 The Tidal Sump and Eyehole – Photo by Kelda Jones

After a short while, we were faced by the tidal sump, which hadn’t fully cleared. The way on was to go through the Eyehole. With a little trepidation I walked the tightrope and forced myself through and into the icy water the other side.

After more energy sapping, estuarine mud and a very nice streamway, we were faced with the second sump, which meant as good a time as any for a quick swim. A number of brushes were tied off to a rock, we were instructed to have a good scrub before being able to continue onwards to The Hall of the Thirty.

Up through a reasonably awkward rift passage and a few crawls we were into a stunningly decorated passage. After a few minutes of stunned silence punctuated with occasional “Ooohhh” “Ahhhh” “Wooow” Adrian said that The Hall of the Thirty was just around the next corner…

After a few minutes of rock hopping we arrived at The Hall of the Thirty. An amazingly well decorated chamber, which large intricately decorated formations. After some photography, it was time for a hearty lunch of peanut Lion Bar and water.

Next came Long Straw Chamber, while not as well decorated as The Hall of the Thirty, how the long, thin straws managed to support their own weight was a wonder unto itself. Continuing along the passage, through rocks and mud we eventually made it to ‘The Grotto’. Another finely decorated chamber with pure white formations. Then came the decision, to sprint to the end of the cave or to take a nice easy stroll back to The Hall of the Thirty and then onwards to the entrance.

Before I realised it, I was at the terminal sump in Tunnesl Left, then Gareth made short work of climbing to the aven looking for a potential way on. The decision was made to make a quick exit with a detour to Tunnels Right to yet more pure white formations.

With sugar levels running low, I was glad to arrive back at The Hall of the Thirty to have another Lion bar and some water. Suitably refuelled, we made good progress back to the sump, only to find it still shut. After a short wait, it had opened enough to allow us to pass back through the Eyehole. Then it dawned on me that between me and the entrance lay a combination of the worst bits of Darren Cilau and Craig a Ffynnon. My heart sank.

After much mud, crawling, sweating and swearing that I’d never go caving again, “What a silly hobby” I thought, “I could be relaxing on the sofa right now, but no. I’m muddy and moody. It would be fun, they said!”. We were finally out. 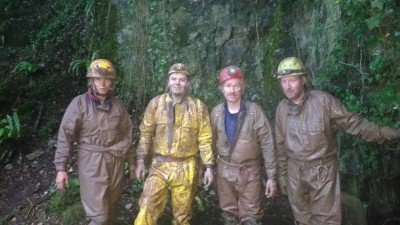 The Aftermath – Photo by Adrian Fawcett

The final obstacle was the hike back up, which damn near finished me off. 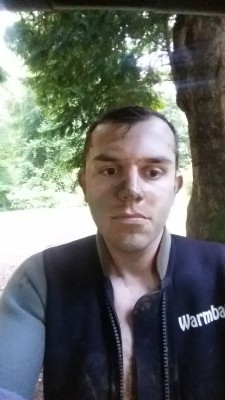 So, as I lay here on the sofa, the day after the trip. My legs and back smothered in Deep Heat, I think back to what they said “Otter Hole, it will be fun”. I have concluded that they were right!! I can’t wait to do it again. ‘Tis a silly hobby anyway. 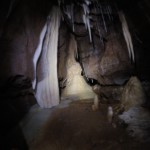 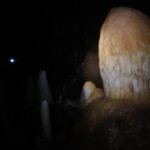 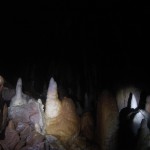 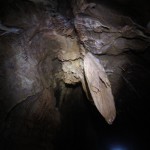 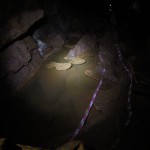 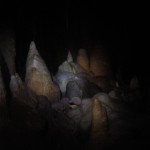