There’s a massive push to re-tape Draenen in the coming future and 17th Feb was set as date for another re-taping session, this time in the northern passage of the cave through Gilwern and into Forever Changed.

Tom was relieved, as at first thought of doing some conservation trips, he presumed he would be picking up the human poo he discovered down in Haggis Basher a few weeks previously and he had been fretting about which pooper scooper would be sufficient and strong enough to survive a trip in and out whilst scooping up the smelly mars bars.

We all met up at Pwll Du and being a fairly mixed bunch; we introduced ourselves to new faces, got kitted up and packed meters plus meters of conservation tape with new pickets into our tackle sacks. Making good time through the entrance series and into Gilwern we stopped at Giles Shirt to marvel at the formations.

Whilst making our way through Gilwern Passage, Josh showed us the previous few trips’ efforts of re-taping. Reaching the choke into Forever Changed it was here that I discovered that I had probably enjoyed a bit too much steak in France a few weeks previously, as I found it to be tight! Once I had I popped out the other side like a popped champagne cork the taping was in full flow already.

The emphasis was getting the mini stakes and pickets to raise the tape out of the mud and to bring the walkway in slightly, before more people accidentally stepped over, ruining pristine passage. There’s not much more to say on this subject apart from a lot of tape was nicely laid and old tape removed. I’d have to confirm with Josh how much we laid and length of passage covered but I do know we stopped short of the junction leading off to the duck so another trip is needed to finish that off.

Once the tape had run out, an hour or so was spent exploring some of the northern passages in this part of the cave. Possible conservation work was found and most importantly…possible leads? Who knows? On exit from Gilwern Passage an old camp was spotted just before Tea Junction, so it was decided to pack this away but nobody fancied trying the out of date pot noodle!

Outside it was finally a little bit sunny and it wasn’t even raining! Very odd. Great to meet up with some other clubs to look after a special place. 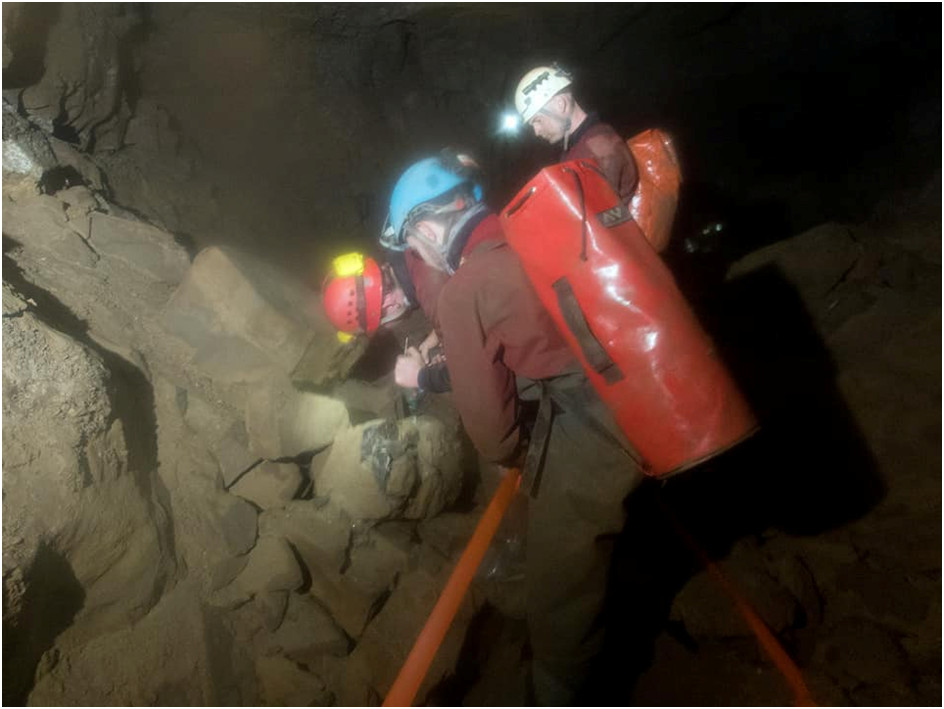 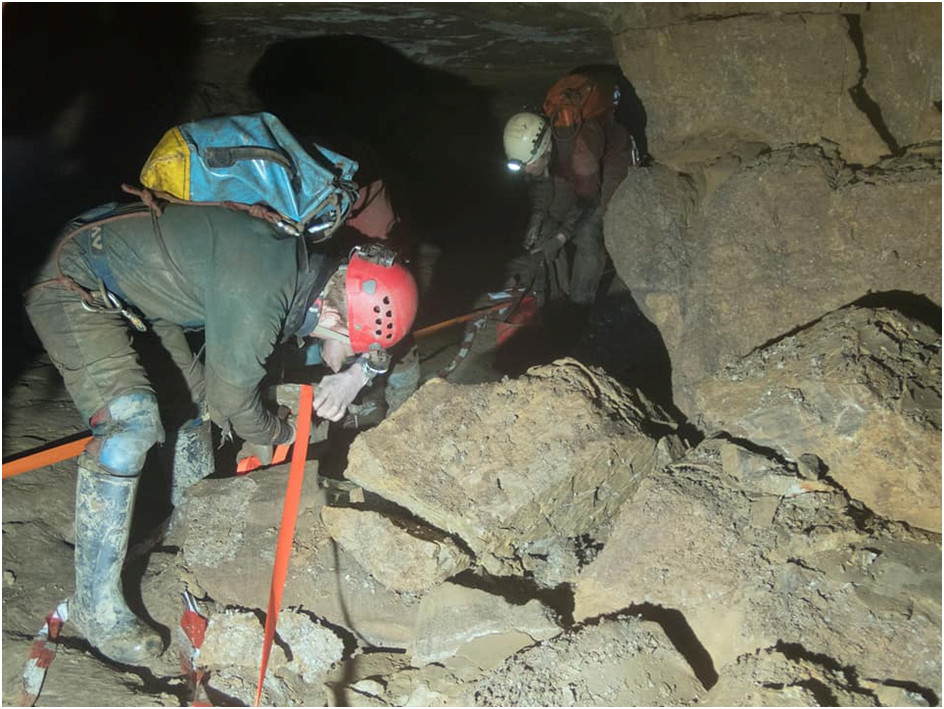 Ed and Dave in the distance 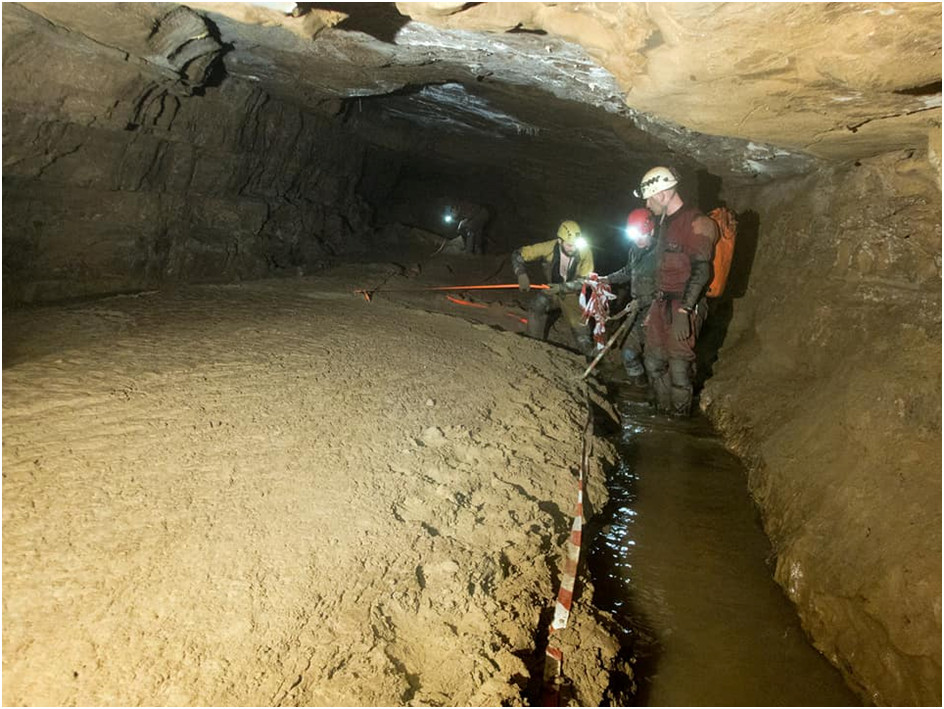 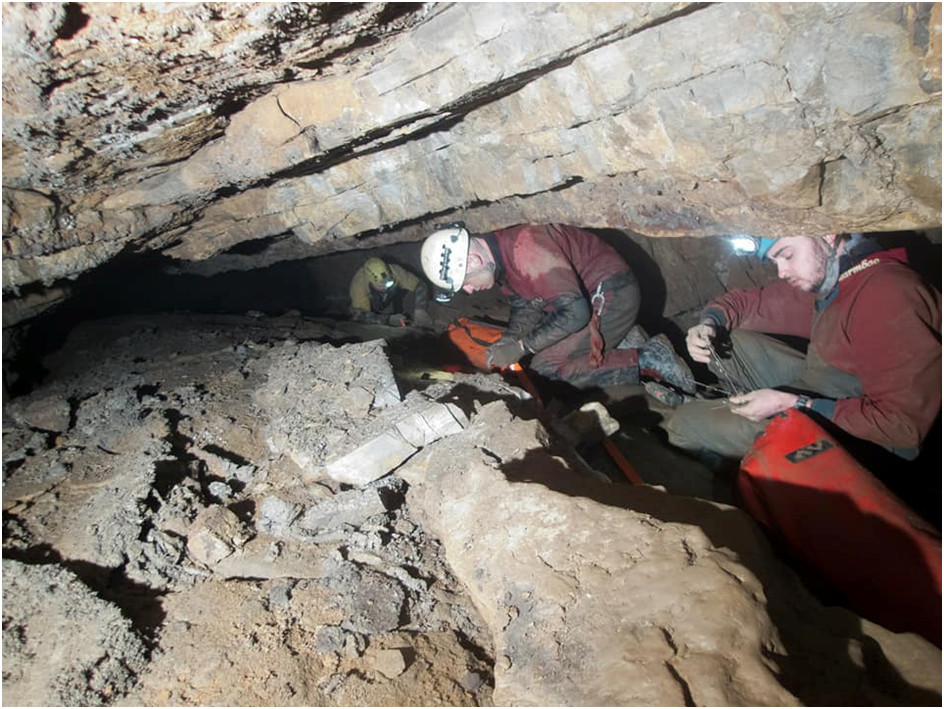 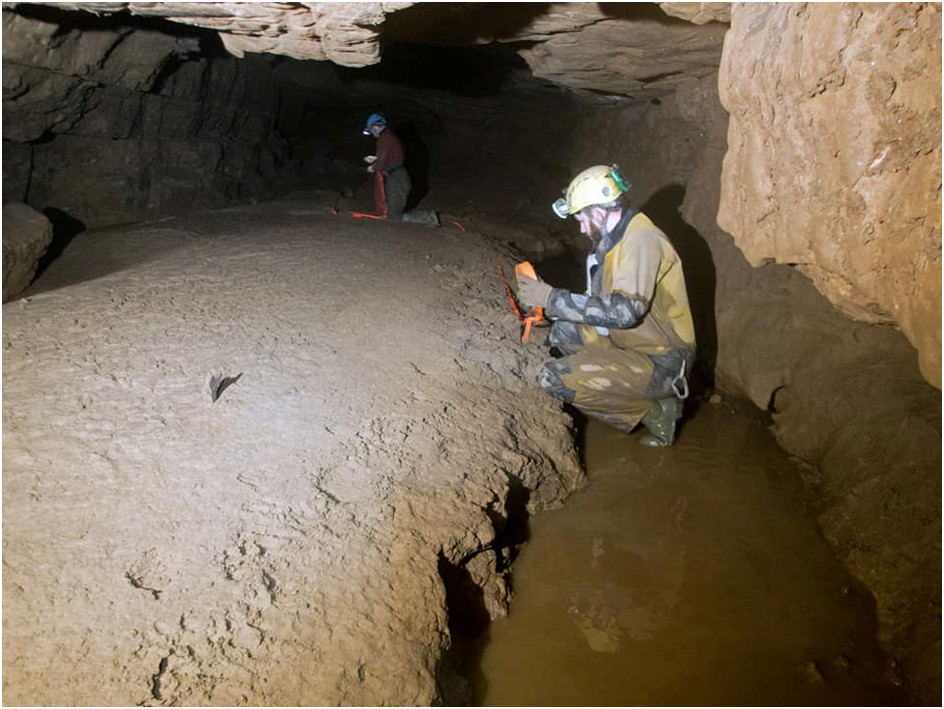 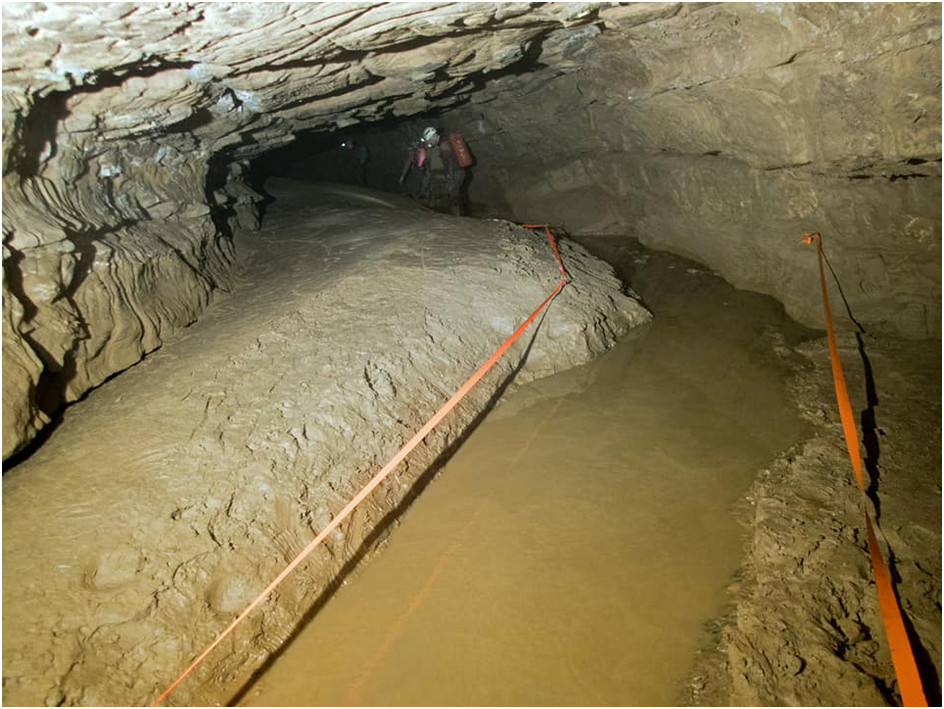 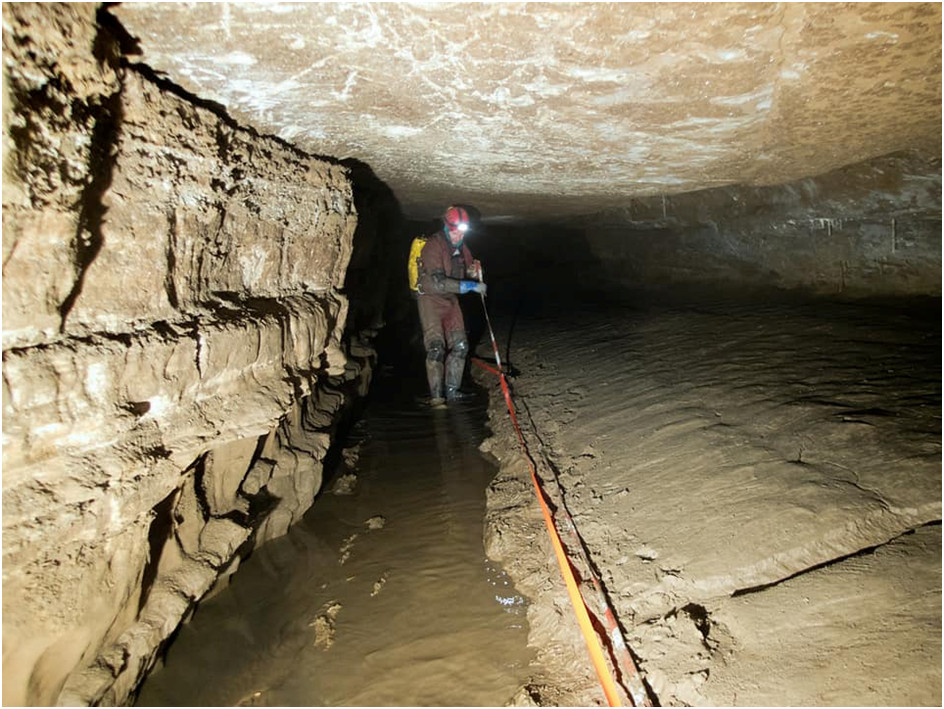 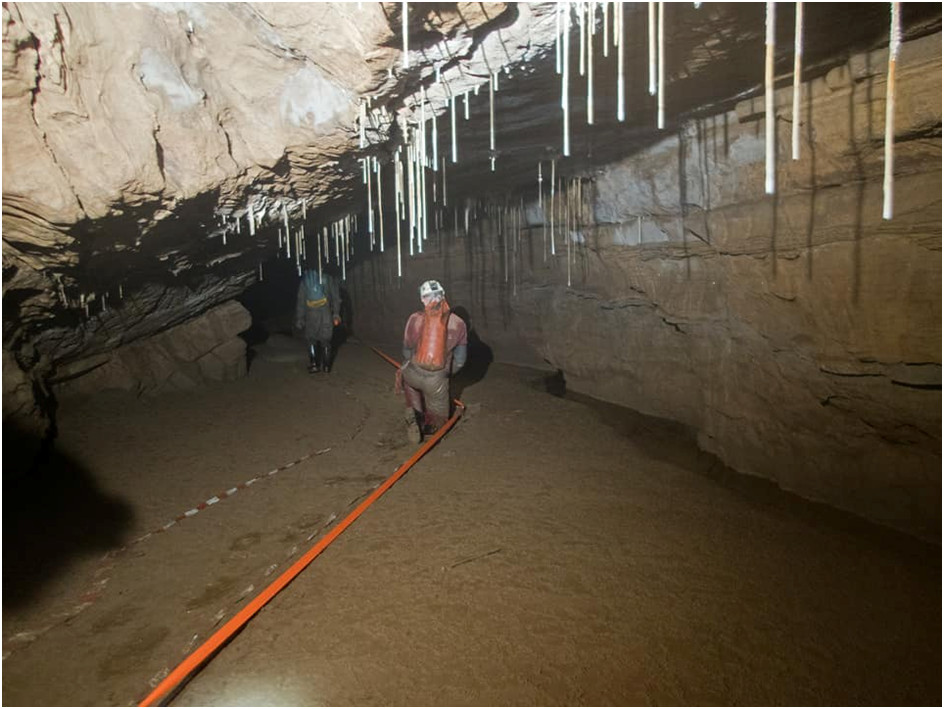 Half a Path Re-taped 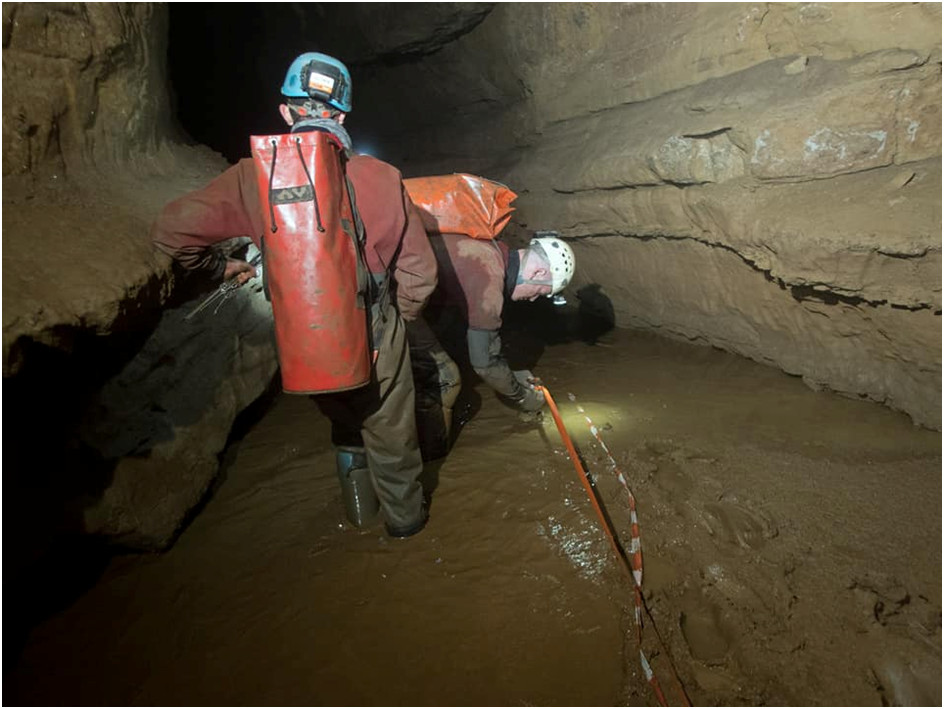 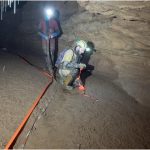 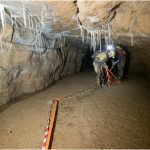 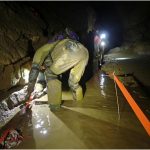