A short trip into OFD1 for a bit of a bimble up to the Fault Series and a poke around some of the other passages that are generally ignored by the majority of visitors.

There was supposed to be six of us but that had become three by the time we set off in the morning and it was only Tris and me from Brynmawr that met up with Adam from Morgannwg at Penwyllt bright and early.

There had been torrential rain the night before and we had to fend off a number of advisories to keep out of the streamway. I explained that we weren’t that daft and were only planning on a trip to The Fault Series. I did want to have a look at the Main Streamway though so intended to get close to it and see what state it was in.

We did our usual thing of driving the cars down to the layby to change where I discovered that instead of just forgetting my towel or clean undies, I’d managed to forget everything bar my oversuit, hat and lamp. “Ah well” I said, “It’s a dry trip, we’re going to be keeping out of the water” and so off we went with me less cosy than usual. We were soon into the cave and made our way to the start of The Fault Series that is a high level passage reached by climbing up a steep flowstone ramp. It was here that I remembered the unwritten rule of caving that every dry trip will always have a spot where you get wet. There was a lot of water flowing down the calcite ramp and at the top, there is a climb up through boulders where there was enough water cascading into it to give me a good wetting down. 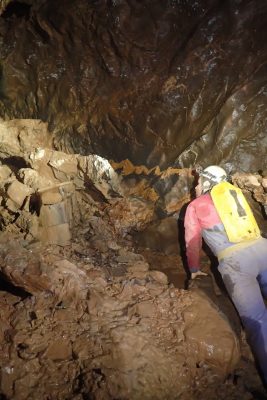 Start of the climb up into The Fault Series 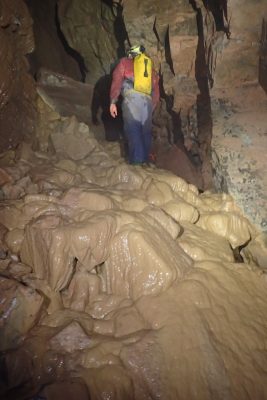 Calcite Ramp up into The Fault Series 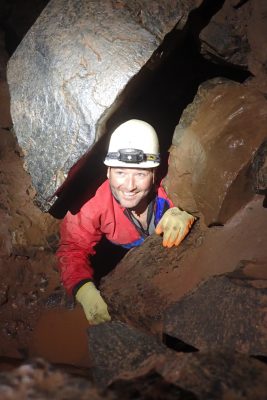 Squeeze through boulders at top of Calcite Ramp

The Fault Series itself is short but well worth the visit. There are some nice formations as well as some unusual mud formations. The whole area is well taped to protect these and they must be observed or the area would soon be trashed.

The passage after the mud deposits becomes larger until progress is halted at a large choke that hasn’t yet been passed. As we had plenty of time, we lingered awhile taking photos before returning back down the calcite ramp. 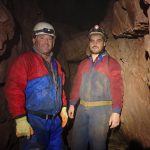 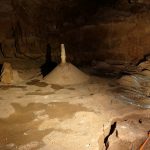 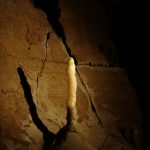 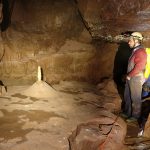 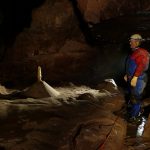 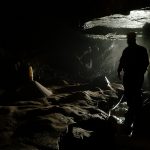 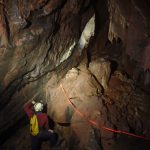 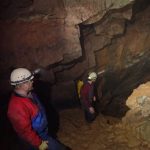 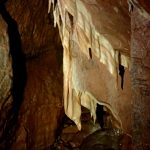 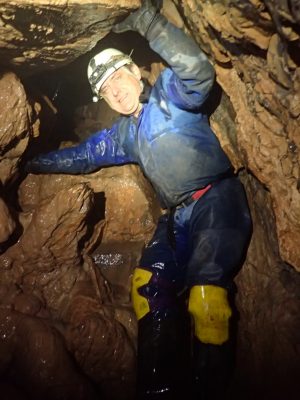 Getting a good soaking coming back through the boulder squeeze.

We decided to have a look at the streamway at The Step so headed off there to be impressed with the torrent that was flowing. It would be definitely sporting to have tried to go upstream that day. Some foam flecks far above the current stream level showed that it had been considerably higher quite recently. 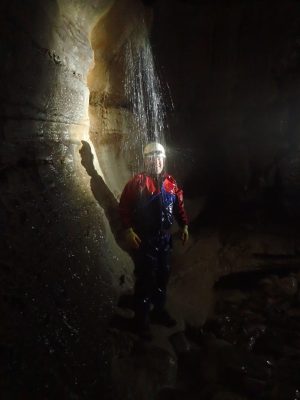 Instead of climbing back up The Step, there is a short section of passage, marked on the survey as Loopways so we had a quick look down there. This ends at a drop to the streamway but it is worth the quick look. In Traverse Passage, there is a window that looks down onto this short passage. 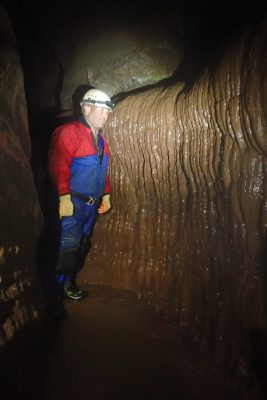 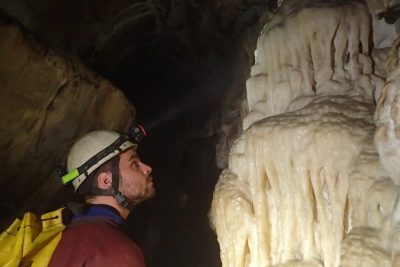 A look up the start of the Escape Route and then coming back down the Toastrack, Tris and Adam decided to go through Pluto’s Bath and down to the streamway again. I was feeling the cold by now and didn’t fancy a dunking so elected to stay put. I soon heard calls that I really should come on down and see something. I was able to avoid the water by traversing across Pluto’s Bath and headed down the passage. The lower end of the passage was covered, walls and ceiling in foam and was a stark testament to just how high the Streamway can rise in flood. It must have risen to somewhere around six to eight feet above the current level. At this point is was possible to sit right by the water’s edge without getting swept away and this we did for a while before heading back out stopping briefly for Tris to perform his ‘ablutions.’ 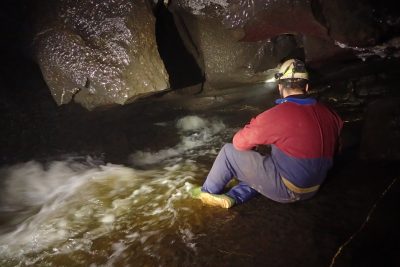 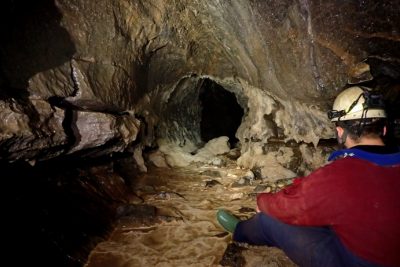 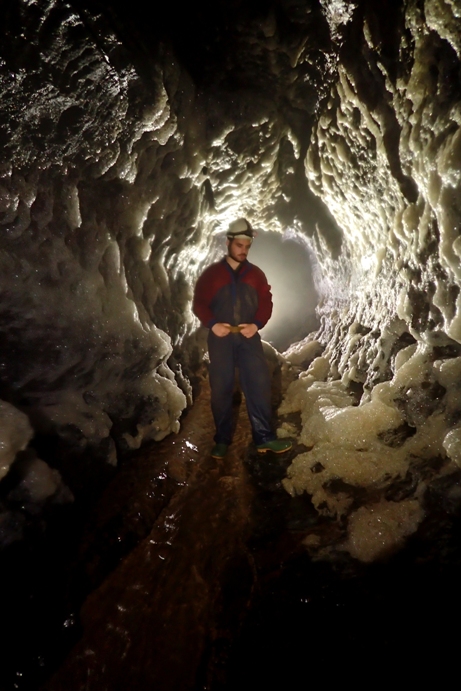 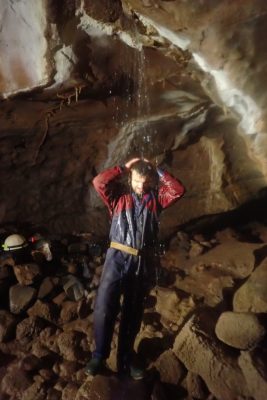 Of course, it is almost obligatory to visit the Ancient Briton after a good trip into OFD and so we called in for a swift half on the way home. 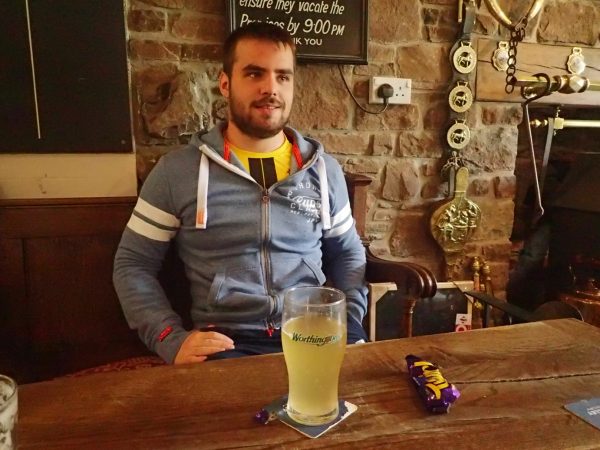 This was a good fun trip. It was something different, a good easy trip looking into some places in OFD1 that see few visitors. This can be immensely enjoyable and almost therapeutic that allows you to really see the cave and enjoy it rather than rushing headlong to a remote destination for a quick look around and then rushing back. For me, caving is more about exploration and discovery than scoring ticks in the manner of Munro baggers and I always say that more people should slow down and look around them as there is a lot to be seen that is often missed.

Note to self: get your kit ready the day before then you won’t forget anything.