What way to better to start off a weekend than a trip to this ”amazing” cave…..

Ill try not to slate the place too much as it is a good starter cave and intro to crawling/squeezes.

Gareth had been before but had trouble getting past the initial nasty calcite squeeze and to be fair I had issues in there once with my giraffe legs.

I picked Gareth up and we headed to the car park below Daren and got changed. The plan was to do PE and if there was time, give Gareth a quick trip into Daren Cilau to visit The Vice and back out. 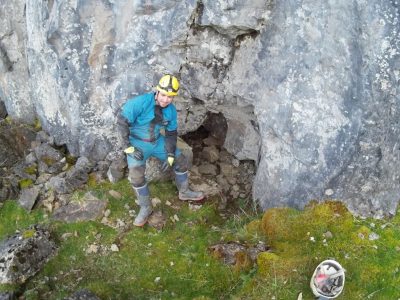 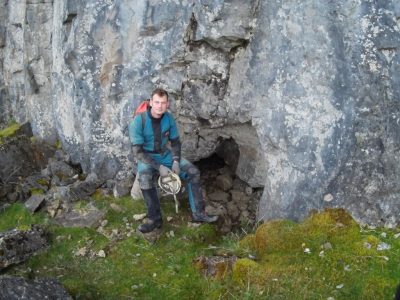 We slipped into the entrance and the first constriction was met and I cant see where he had issues before as he was in like a Jack Russel down a rabbit hole. We dropped down the climb to the left and made our way through the corkscrew easy enough. Id love to say the formations were pretty and plentiful…..and im sure once upon a time they were! Another cave with ease of access which has sadly fell victim.

We got to the end of the cave and had a poke around in some of the digs, most of them had strong drafts. I paused to have a drink whilst Gareth went off on his own poking about and then we reconvened in the once well decorated chamber and decided to head out. 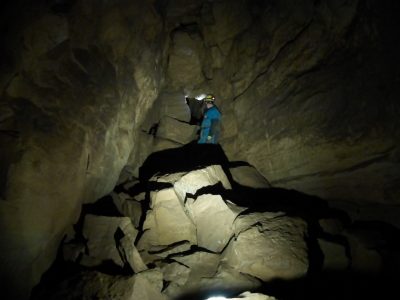 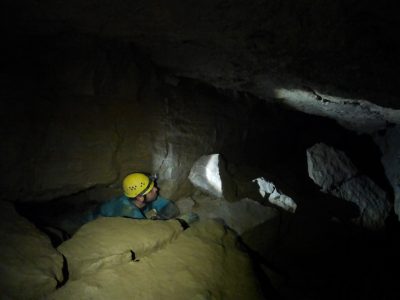 Emerging into darkness we walked past Daren and decided thats enough squeezing for tonight!